About > What is SWIR? 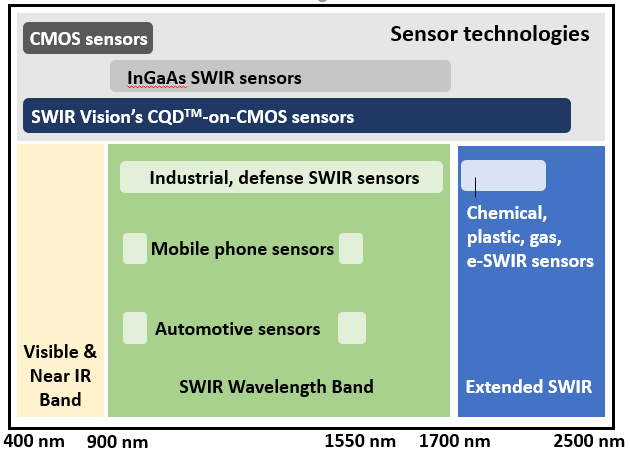 First, the word SWIR (pronounced ‘sweer’) is an acronym meaning Short Wavelength InfraRed, and generally refers to the wavelength band of light between 900nm and 2500nm.

Unlike Long-Wave Infrared (LWIR) light, which is emitted from the object itself, SWIR light is similar to visible light in that photons are reflected or absorbed by an object, providing the strong contrast needed for high resolution imaging. While LWIR imagers give off more poorly defined thermal images, SWIR imagers deliver high resolution images, much like visible light cameras.